10 Things You Should Know About the 2020 BET Awards 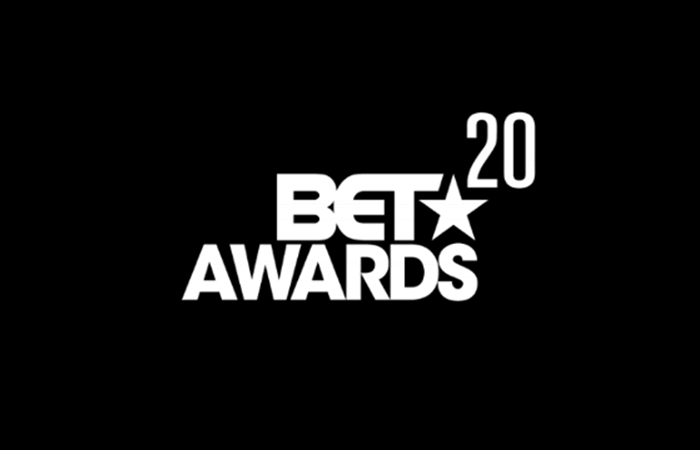 Here is the way to watch 2020 BET Awards virtual celebration!

Some happy news for a change! This week will see the 2020 BET Awards being held on the 28th. The virtual 2020 BET Awards will be broadcast live on BET, BET Her and CBS. All you gotta do is tune into these channels or log onto BET.com. With everything that is going on these days it is more important than ever to celebrate the accomplishments of African Americans. Sure to be one of the most exciting events this summer season, we can’t wait to watch the entire show. With the BET Awards making their national premiere, it’s exciting to see a new awards show take the lead. Especially with the Oscars and other awards show’s being delayed.

If you want to see what the nominations are, go ahead and check them out on the official website. Meanwhile, why not read on for 10 things to know about this year’s BET Awards.

One of the most notable aspects of this year’s awards show are the channels it will be aired on. For the first time since its inception, BET will we be aired on one of the three “legacy networks,” specifically CBS. This is a huge step, and really great for representation. But also, the BET Awards feature some of biggest names in American music and entertainment. Anyone in America can watch them without even basic cable. This is great for everyone involved, and it comes at a great time. Giving African American community the ability to celebrate their accomplishments, while showing off to the world. Something sorely needed during these tragic times. The fact that the awards show has now broken into network tv, is surely a sign of things Drakto come.

Even though this is the first year that the BET Awards will be aired on network television, that isn’t to say they weren’t already popular. In fact, they are the most watched awards show on basic cable! Which is hardly a surprise considering all of the talent that’s normally involved. It’s amazing to see the move to network tv. But that shouldn’t mean people treat the BET Awards like a newcomer. Considering the amount of talent involved, it’s absolutely no surprise the high quality that’s come to be expected. Definitely better viewing than the Oscars, just saying.

3.Drake In the Lead

This shouldn’t come as a surprise, but it’s always fun to see how far he’s come. Showing he’s still going strong, ever popular Canadian musician Drake has the most nominations this year. With 6 nominations! Life’s been good since leaving Degrassi. Besides Drake there are a bunch of other multiple award nominees. Newcomers Megan Thee Stallion and Roddy Ricch both have 5 nominations each, and Beyoncé, Nicki Minaj, Chris Brown, Lizzo and DaBaby are all tied with 4. See? A totally stacked awards show.

Like any good awards show, one of the most important aspects is the host. Also like many awards shows, BET has found that you can’t go wrong with a comedian. They’re the perfect for balancing what can be an otherwise overwhelming viewing experience. This year’s host will be comedian Amanda Seales, and she’s sure to be able to handle it. A comedy veteran, Seales has been on MTV and also appeared on Def Poetry Jam. She might be known for her 2019 HBO comedy special, as well as for her roll on HBO tv series Insecure.

One of the coolest things about the BET Awards is that they can highlight issues currently hurting the Black community, not just in America, but globally as well. In order to do this, the BET awards also give out the Global Good award. The Global Good award has a more international spin, and is given to someone who has made an impact on issues affecting the the world Black community. This year’s recipient is French activist Assa Traoré, who has helped mobilize anti-police brutality efforts in France. Traoré was spurred to action after her brother was asphyxiated while in police custody.

Speaking on the issue of police brutality, as well as inequality for those of African descent, host Amanda Seales has said that this year’s awards show will address current affairs. Tune in to see how the show deals with the recent tragedies and the larger Black Lives Matter movement. Hopefully the awards show will be able to continue to unite the country against this awful problem. Or, even better, lead us to unite to find concrete solutions.

The list of performers at this years BET Awards is absolutely crazy! Seriously, just the musical set-list alone justifies tuning in. Some of the performers include Alicia Keys, Roddy Ricch, Chloe X Halle, DaBaby, Jennifer Hudson, John Legend, Kane Brown, Lil Wayne, Megan Thee Stallion and Summer Walker. And there are even more on top of those! If you want to check out the complete list, just look here.

Get in the election year spirit early. You can vote for your favs over at the official BET website. Check out a complete list, and then head on over to cast your vote! Voter’s choice is one of the awards given out, so be sure to make your voice heard. Now, and at the ballot box as well. Youth must to be heard!

One fun thing to see in the past few years is a burgeoning dynasty in the making. Like her mother before her, Blue Ivy Carter is also cleaning up at awards show. And at only 8! She is nominated for performing on her mother’s song, “Brown Skin Girl” for which she has a song-writing credit. The song is featured on The Lion King: The Gift, also the work of her mother Beyoncé. The song charted on the Billboard Top 100, and already won Carter an NAACP Image award.

For our final fact, let’s get historical. The very first ever BET Awards aired on June 19th, 2001. While it wasn’t initially the view getter it is today, it was still extremely popular. And the very first Award won, went to none other than the legendary OutKast! So tune in on the 28th to continue the tradition of awarding excellence.